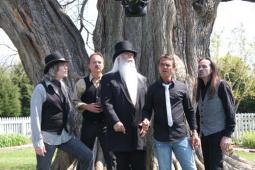 Civil War Songs and Stories is scheduled to air May 18 and 27 on Nashville's PBS station, WNPT. The program is produced by the award winning multimedia team at the Renaissance Center, which has partnered with NPT to develop a series of documentaries to mark the 150th anniversary of the Civil War. The one-hour special highlights the stories behind the songs and the emotional impact music had on soldiers and families before, during and after the conflict. Actor David Keith, a native Tennessean, narrates the documentary.

From pride and patriotism to death and defeat, the documentary explains how music was as much a part of Army life as a musket. The narrative explains how both sides were accompanied by professional regimental brass bands mustered to preserve morale. The music inspired soldiers and consoled them. It brought memories from home and gave hope to what would soon seem to be hopeless circumstances.

"Fundamental to understanding the Civil War era are its many musical legacies, whether the plaintive singing of slaves on the Memphis wharfs, the brass bands of the soldiers, the rousing tunes sung in family parlors or the uplifting voices of promise," said Dr. Carroll Van West, director of MTSU Center for Historic Preservation and Tennessee Civil War National Heritage Area and co-chair of the Tennessee Civil War Sesquicentennial Commission. "Civil War Songs and Stories captures those sounds and memories from the Civil War era."